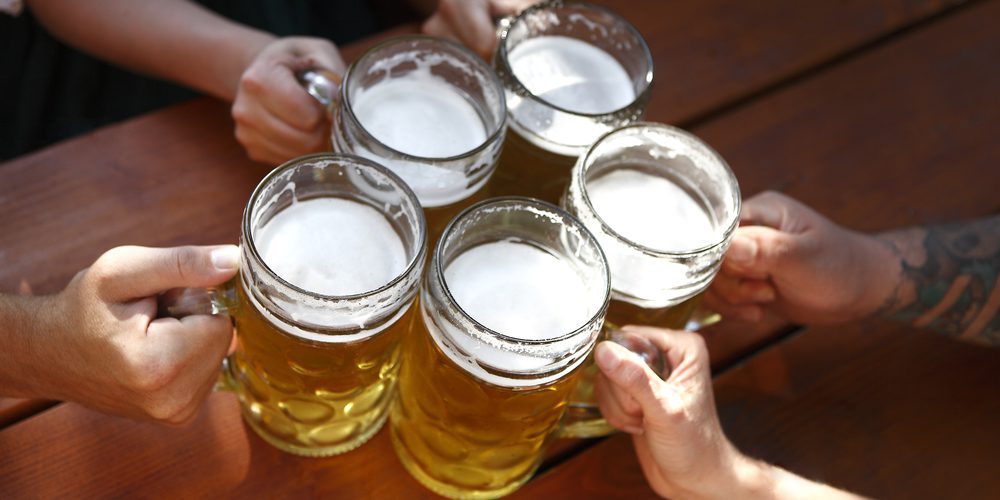 Brewbound.com recently ran this post by Craft Brewery Financial Training. The article reviews what it’s like to win a GABF medal, and how the win impacts brewery sales. Read the full article below, or here on Brewbound.com.

Break-Out Brands: What it’s like to win a GABF Gold Medal

Dave Marliave of Flat Tail Brewing Co. was at the Great American Beer Festival when he learned his brewery had just won a gold medal.

“I would say I was speechless,” Marliave recalled. “But the reaction was quite the opposite. I jumped out of my chair and tried to stop crying before I got to the stage.”

In 2018, there were more than 9,900 beers entered in the GABF competition and fewer than 100 breweries took home a gold medal.

With so few winners, what is the effect on a brewery after a GABF gold medal?

What changes do brewers make as a result of the win? Do gold medals mean a spike in sales? What are the lessons learned by the medal winners and what advice do they have for future hopefuls?

To answer these questions, we reached out to a few past winners. Their responses are insightful and instructive for future winners and competition entrants alike.

It’s safe to say that no one went home thirsty.

The GABF competition itself showcased 2,404 breweries and was judged by 293 expert beer judges from 13 different countries.

According to the GABF website: “The Professional Judge Panel awards gold, silver or bronze medals that are recognized around the world as symbols of brewing excellence. These awards are among the most coveted in the industry and heralded by the winning brewers in their national advertising.”

Winning a gold medal is no doubt an awesome experience. But, what we really want to know is … does it lead to increased sales of the winning beers?

GABF Gold + Impact on the Brewery

“We’ve seen a significant uptick in sales (since the GABF win),” Lone Tree Brewing Company president John Winter said. “People come into the taproom and say, ‘You guys won a medal, what was it again? I’d like to try it.’ Our distribution sales are also up 85%.”

But a GABF gold medal win isn’t a guarantee of success or increased sales for all breweries.

“Unfortunately, we have never seen a major increase in sales following a win,” said Marliave, the co-founder and brewmaster of Flat Tail Brewing. “The locals are stoked, there’s a great party that night, and then it’s back to business as usual.”

Sales and production forecasting is a necessary function for craft breweries, and particularly important after winning a gold medal.

Sales of the winning beer can spike, as they did for Lone Tree and Knee Deep. However, keeping up with demand can be a challenge. Conversely, sales may be unaffected by a gold medal win, as they were at Flat Tail.

Accounting for either scenario is key to brewery success. With that in mind, here are four keys to create a solid sales plan.

Educate your team on the purpose of the sales plan, which, of course, is to grow sales and show the team how they make a difference in achieving this important goal.

Winning a GABF gold medal may or may not have a big impact on sales. Either way, sales planning will put your brewery in position to be ready for anything.

The Decision to Invest (or not) in Additional Brewing Capacity

One of the more difficult decisions for a growing craft brewery is figuring out when to invest in additional brewing capacity. An expansion involves time, money and a lot of mental energy. But to keep up with increasing demand, especially after a gold medal win, a brewery expansion may be necessary.

“After the medal, we added more Brite tanks and a fermenter,” saidWinter of Lone Tree. “We did our large expansion when we got into packaging.”

A brewery expansion requires borrowing money and working with banks, which requires a general understanding of how loans work. Therefore, it’s important to understand the concept of sources and uses.

The key takeaway is to understand what everything is going to cost and identify where you’ll get the money to pay for it. Sounds simple enough, but if you’re going to expand, make sure you do the math.

A brewery may or may not need to expand after a GABF gold medal win. Regardless, a good understanding of loans, terms and sources/uses will serve you well when it comes time to borrow money to support continued brewery growth.

The Lasting Impact of a GABF Medal Win

One of the benefits of a gold medal win is the credibility it brings to a brewery. This gold medal cred becomes a selling tool for wholesaler partners, as well as retail accounts.

“Everyone loves a winner,” Winter said. “The win helps our beer wholesaler as buyers are more willing to give it a try. The sense of credibility for our brewery is No. 1.”

“There is certainly a benefit when cold calling on accounts,” Marliave added. “If you have five medals in five years, people know you aren’t going to drop something shitty off.”

Beer wholesalers carry hundreds or thousands of brands. One way to stand out in a crowded beer portfolio is to boast a GABF gold medal.

Advice and Lessons Learned from Past Winners

Amos Lowe’s Austin Beer Garden Brewing Company won brewpub of the year two years in a row. His advice for future medal hopefuls: “You just have to make world class beer and get it to the judges in the best condition possible. The rest will take care of itself.

Marliave offers this practical advice: “Keep your expectations in check and realize that one of the biggest positives, regardless of whether you win or not, is the feedback you get from the judges after entering. If your beer is solid enough to make it to the medal round you have the opportunity to get a detailed breakdown of your product from a handful of world class brewers and judges.”

Thousands of breweries will enter this year’s GABF competition and fewer than one hundred will take home gold medals. The odds are long, and while a medal win adds credibility for the brewery, there is no guarantee of increased sales.

Marliave offered one last piece of advice for future medal winners. “Revel in it. Spend some cash you don’t have. And then get back to work on Monday.”