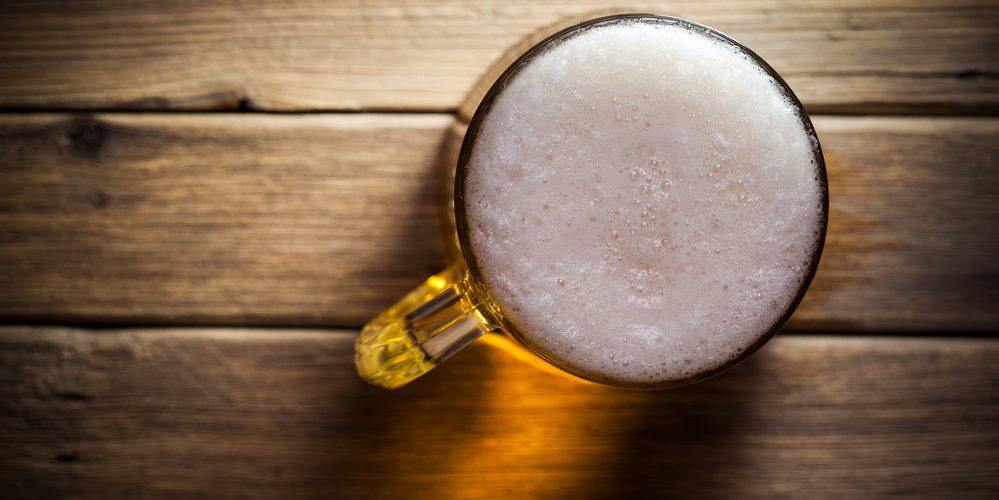 Consolidation is a reality in every industry. Whether its technology or consumer goods, strategic alliances, mergers and acquisitions are commonplace. Over the last few years, we’ve seen an uptick in this activity in the beer business, specifically among craft breweries.

Although brewery acquisitions have ramped up in recent years, consolidation within the middle tier has been happening for decades. According to the National Beer Wholesalers Association, there were more than 4,500 traditional beer distributors operating in the U.S. in 1980. Today, there are 3,000.

Now, larger craft breweries are beginning to strike deals of their own, merging or forming collectives in an effort to remain competitive. Just last month, Boston Beer Company — which had a history of staying away from dealmaking — executed one of the most high-profile purchases in craft, buying Dogfish Head Craft Brewery in a deal valued at $300 million.

While that is the most recent example, other tie-ups have resulted in the formation of rollups like the CANarchy Craft Brewery Collective and Artisanal Brewing Ventures.

Brewery consolidation happens for a variety of reasons – to achieve cost savings, economies of scale, or to simply buy out a competitor.

So, how does consolidation work and what factors drive the decision? What are all the costs involved and how does a buyer get a return on investment? And importantly, what does so-called “craft-on-craft” consolidation mean for your brewery?

In this month’s Beer Business Finance column, we’ll dig into the details behind craft-on-craft consolidation and look at the key numbers that shape a deal.

A business consolidation can take many forms: strategic partnership, minority equity investment, or an outright purchase. Buyers and sellers exchange information and attempt to settle on the terms of a deal. There is often a broker involved to help guide the transaction and negotiations between the parties.

The purchase usually involves a non-compete agreement where the seller is prohibited from opening up a similar business within a certain time period. The deal may also include a consulting or employment arrangement for the prior owners or key managers to stay with the new brewery.

There are lots of details that go into the purchase of one craft brewery by another. However, when the deal is done, two breweries ultimately become one.

A common consolidation approach for beer wholesalers is when one neighboring distributor buys another. In this scenario, as the distribution territories are right next to each other, it’s possible to consolidate multiple warehouses into one, combine sales and delivery routes, and eliminate redundant administrative staff.

The term “golden cases” is used in wholesaler consolidation to describe the financial benefits of adding new beer sales to the existing distribution infrastructure. In theory, the cases are “golden” because they provide the acquiring wholesaler additional gross profit dollars without incremental expenses.

Golden cases are an important financial benefit for beer wholesalers consolidating their operations. So, what are the economic benefits of craft-on-craft acquisition?

“The craft beer industry has very low barriers to entry, but scaling is incredibly difficult and expensive,” Matt Fraser, CEO of CANarchy, said. “If you can keep the ethos of the individual brands, there are a lot of benefits to consolidation, similar to other industries.”

In a nutshell, acquisition-minded craft breweries are looking for operational synergies, economies of scale and to leverage existing distribution channels.

Operational synergies occur when two breweries working together can achieve something that neither could achieve on their own. In essence, the whole is greater than the sum of its parts.

“We consolidate what the consumer can’t see,” said Fraser. “Finance, accounting, legal, HR, IT, compliance benefits, raw material procurement, while keeping the individuality of the brands that got them where they are.”

Economies of scale is a term used to describe the cost advantages that larger breweries may achieve. These advantages include greater purchasing power on hops, grain, packaging materials and brewery equipment. Greater purchasing power means lower costs for almost everything: cans, bottles, cardboard and other raw materials. As breweries combine and increase production, these economies of scale add up to big dollars.

Oftentimes, consolidation provides the opportunity for an acquired craft brand to leverage existing distribution channels. The acquired brand may be added to an existing wholesaler network and provided access to new markets.

New distribution channels, access to distributor sales teams and share of mind from wholesalers can provide tremendous leverage for an acquired craft brand.

“Internal competition and feeding off each other for innovation and best practices” is an additional benefit of craft-on-craft consolidation, according to Fraser.

In other words — two minds are better than one. Two craft breweries that join forces to share resources may be better financially and operationally.

The Numbers Behind Craft Consolidation

The economic benefits of craft-on-craft consolidation sound good, but the real test is to take a detailed look at the numbers and establish the overall financial viability of a deal.

The consolidation of two craft breweries may yield operational synergies, economies of scale and ability to leverage distribution channels, but does it create more cash flow and a more valuable business?

To answer the question, accountants will put together a financial consolidation schedule and create a forward-looking set of statements. Essentially, they will take the financial results of the acquiring brewery, add them to the results from the acquisition target, and then make financial adjustments.

Below is a simplified example of what a financial consolidation schedule looks like.

EBITDA represents combined Earnings Before Interest, Taxes, Depreciation and Amortization expense of the two breweries prior to consolidation. Adjustments are made to this number to show the financial picture of what the two breweries will look like once they are combined.

For example, expenses that will not continue after consolidation are “added back” to the EBITDA number. This has the effect of increasing EBITDA, and quantifying the financial benefits of the brewery combination.

Once the financial consolidation schedule is completed, the Adjusted EBITDA number is compared to the new debt obligations of the acquiring brewery. In essence, the new cash flows created by the combined entity should cover or exceed the new cash outflows from the acquisition debt.

Consolidation: What it Means for Your Brewery

Craft-on-craft consolidation is here to stay. In May, several craft breweries joined forces and combined.

So, what does consolidation mean for your brewery and what should you do about it?

A few steps you can take right now include positioning yourself as a buyer, or as a seller.

Will you be the consolidator or consolidated? A lot depends on your financial position, your market position, and your appetite to take on the challenges and opportunities that consolidation presents.

Regardless of the path you choose, you can and should begin to prepare now. Start with these steps:

These steps are equally important whether you’re a future buyer, a seller or simply remain as you are. Consolidation means change and opportunity. And as the saying goes, opportunity comes to those who are prepared.