Breaking Down the Taproom-Focused Brewery Model 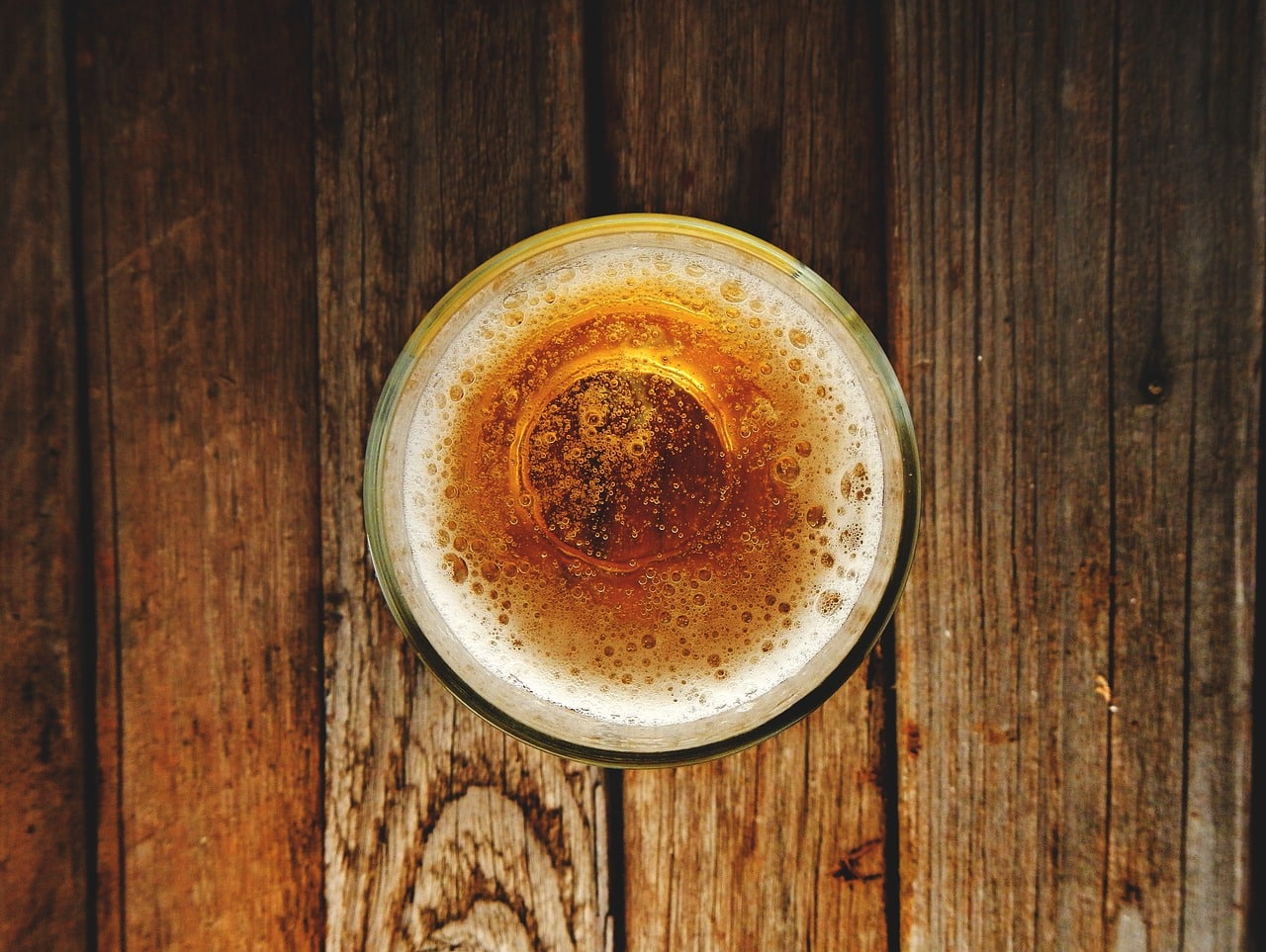 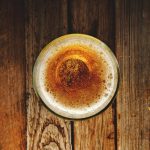 This Craft Brewery Financial Training article was recently published on Brewbound, a top-notch resource for the beer industry. The article is re-printed below or you can check it out, complete with fancy graphics here.

The U.S. beer market is quickly approaching 7,000 small and independent craft breweries, and trade group the Brewers Association (BA) estimates that as many as 3,000 are still in planning.

Those figures have led some within the industry to speculate whether the market is oversaturated, especially as category-wide growth has slowed to just five percent.

But a closer look at the data shows that around 74 percent of the breweries operating throughout the U.S. produce fewer than 1,000 barrels of beer annually, according to the Alcohol Tobacco Tax and Trade Bureau.

In fact, according to the BA, the median annual production for the 50 fastest growing breweries in 2017 was a mere 963 barrels of beer.

Translation? Many new startups are focused on direct-to-consumer sales via a taproom-focused business model. With this approach, the brewery gets the benefit of higher margins on these retail sales and can generate additional sales from merchandise, gift cards, and events.

Craft Brewery Financial Training Members: To get more details and step by step instructions on this topic, Log In to your account and access the Online Courses from the Member Menu.

Not a member yet? Sign up and get instant and unlimited access to Craft Brewery Financial Training online courses, resources and guides.

This model can be very profitable and may be more sustainable for a small beer company. However, given the typically small size of these businesses — a few hundred to a few thousand barrels of beer — are taproom-only breweries profitable enough to overcome all of the fixed and variable costs to run the operation?

As the craft market continues to shift to more local consumption, and as more startups begin to consider the taproom-focused approach, let’s take a look at the actual numbers to determine if these businesses are profitable.

In this month’s Beer Business Finance column, we’ll dig in and lay out the key financial metrics: the top line, bottom line and the important numbers that fall in between.

And since the vast majority of breweries operating across the U.S. produce fewer than 1,000 barrels annually, we’ll look at this question through the lens of a small brewer. Results will vary, but the numbers that follow present a reasonable model of profitability for small companies.

As any entrepreneur knows, certain key metrics are used to measure and simplify important numbers in business. They are like financial shorthand and make it easier to digest complex information.

In the brewing world, financial information is often presented in dollars per barrel (BBL). A BBL is a unit of measure that stands for a brewer barrel and represents 31 gallons of beer (or two kegs).

Using key metrics such as revenue per barrel, margin per barrel and profit per barrel is a helpful way to summarize financial information and make it easy to compare results with other breweries.

Let’s take a look at a few examples:

Margin Per Barrel. Brewery margin is the difference between the sales price and cost of the beer. To calculate this metric, divide the margin dollars by total BBLs sold. For example, $500,000 margin divided by 1,000 BBLs sold = Margin of $500/BBL.

Operating Expenses Per Barrel. Operating expenses (OPEX) are all the costs that don’t go into the cost of your beer. They include things like administration, human resources, IT and non-production management wages. To calculate this metric, divide total operating expenses by total BBLs sold. For example, $400,000 OPEX divided by 1,000 BBLs sold = OPEX of $400/BBL.

EBITDA Per Barrel. EBITDA is an acronym that stands for earnings before interest, taxes, depreciation and amortization. It’s an important metric to learn for many reasons: Notably, bankers and investors love this metric as a measure of business cash flow.

Now you have a basic grounding in key metrics and how they are calculated. Next, let’s dig into the details of brewery financials and find out if these small taproom-only breweries can really make any money.

To make the math simple, we’ll use two hypothetical taproom-only breweries as examples: one of 300 barrels and another of 1,000 barrels.

Everyone loves to do a back-of-the-napkin math with the numbers, so let’s start there to estimate sales.

Let’s say our hypothetical 300 BBL taproom-only brewery sells pints for $6. Roughly speaking, they should get 124 pints from each half-barrel, or 248 from each brewer BBL.

The key sales metric for both taprooms would be revenue of $1,488 per BBL. To calculate, simply divide total beer revenue by total BBLs sold.

Are these revenue numbers achievable? Maybe.

At about this point, the back of the napkin starts to get cluttered and hard to read. Thankfully, we have spreadsheets to do the math and keep the numbers organized.

Check out this Taproom Sales Calculator to estimate revenue and yield per barrel. You can run the examples above or use it to compute your own numbers. Either way, it’s a little easier than the back of the napkin.

After the revenue estimate comes gross margin. Margins are the difference between revenue and the cost of the beer.

Are these margin numbers achievable? Maybe.

The cost of the beer is going to vary greatly from one taproom to the next. Costs of raw materials and labor may look completely different in one taproom compared to another. Overhead costs, such as lease expense and non-production management wages will also be different.

Results will vary, but make no mistake, the margins on taproom sales can be very strong.

In summary, gross margin is the amount of money left over after paying for the beer to cover operating expenses. This is what we’ll cover next.

After the revenue and margin estimates come operating expenses. These pesky costs come in all shapes and sizes.

Operating expenses include all the costs to run the taproom-only brewery aside from the actual cost of the beer. Examples include wages, taxes, and insurance for taproom staff, as well as lease costs, utilities and insurance related to the taproom.

Two broad categories of operating expense important to small taprooms are fixed costs and variable costs. Fixed costs don’t change whether the taproom makes one barrel of beer or 1,000 barrels. Variable costs increase or decrease with the volume of production.

Are these operating expenses reasonable? Maybe.

Operating costs can vary greatly from taproom to taproom. Lease costs, for example, might be $10 per square foot in one location and $30 per foot in another. One taproom might spend a lot on marketing and advertising while another spends nothing and relies on word of mouth.

The difference between gross margin and operating expense determines the profit or loss of the taproom. A variation on profit is EBITDA. That’s what we’ll cover next.

EBITDA is a favorite metric for commercial bankers and investors as it represents a modified version of cash flow.

Cash is king, and cash flow is the single most important measure of financial success for a taproom.

Taproom-only breweries invest big money into brewing equipment, infrastructure, and the taproom space. The cash to pay for this needs to come from somewhere, and it usually comes in the form of a loan. The loan needs to be paid back, and that’s where the EBITDA calculation comes in handy.

EBITDA will show you, roughly, how much cash flow is available to cover the debt payments on the loan.

The “E” in EBITDA is Earnings. Earnings and Profit mean the same thing. Therefore, to get EBITDA, you’ll take profit and add back interest expense, income tax, depreciation, and amortization expense.

Commercial bankers like EBITDA because it helps them determine whether you can make your loan payments. Investors like EBITDA to determine how much your taproom is worth. You might be interested in EBITDA for these reasons as well.

Is this EBITDA reasonable and is it enough to cover the debt on the taproom business? Maybe.

Profit is good, but EBITDA is better. Cash is king to ensure a sustainable taproom-only brewery.

Putting it all Together: Taproom-Only Financials

Can a small, taproom-only brewery make any money? The short answer is yes, but the results will vary depending on a number of financial and other market factors.

Sales, margins, operating expenses, and EBITDA will differ from one taproom to the next. Loans and debt payments can consume a lot of cash, and quickly doom a taproom.

In the two hypothetical breweries presented here, both showed healthy profits. However, debt and loan payments can play a big role in whether the taproom can stay cash flow positive. Nothing will end a business faster than running out of cash.

A good financial model can mean the difference between success and failure for small taproom-only breweries.

Already this year, there have been a number of brewery closings, bankruptcies, and bank-forced auctions. Many of those situations could have been avoided with a good financial plan — and a couple of sweet spreadsheets.

Hopefully, the key metrics, sales, margins, operating expense and EBITDA numbers presented in this article ignite a passion to create your own brewery financial model. 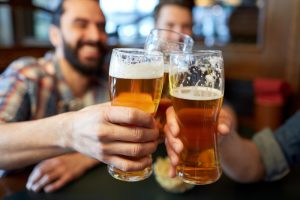